The JW Medical Spa is proud to offer a brow lounge for clients seeking brow shaping, including microblading and microshading services. The brow lounge is headed by Nelly Arriaran who is considered one of San Diego’s leading brow shaping experts.

Many clients considering microblading complain that their eyebrow hair is just too thin or lacks lushness and color. Sometimes this is a consequence of over tweezing. In so many instances, clients reach for pencils, brushes, powders and other options to try and create a more beautiful brow. Unfortunately, these are all very temporary treatments.

The technique of microblading is not too different than cosmetic tattooing. Microblading experts use what is called a ‘nanoblade’ to perform the brow enhancement procedure. The nanoblade is comprised of many fine needles that have a pigment on the tip. As your brow specialist carefully and gently sweeps the nanoblade across the eyebrow region, microcuts are made in the skin and the pigment is deposited. This deposition of pigment is where the artistry of brow shaping takes over as the pigmentation is used to create the appearance of natural, individual brow hairs, which help to form a gently arching eyebrow. A typical microblading outcome is seen in the adjacent photo, which highlights the beautiful work performed by Nelly.

Brow microblading is typically done using a topical numbing medication applied to the eyebrow region in advance of the actual procedure. As the nanoblade is passed over the skin, most clients will note a mild discomfort. But the procedure is, in general, well-tolerated.

The actual microblading treatment session usually takes about 2 hours to complete, with some variability based on the size and shape of your current brows.

There is very little downtime following brow microblading. However, most clients will note that their brow looks darker than desired initially. In addition, there may be some redness and swelling in the treatment area that lasts a few days.

Our brow microblading specialist will likely recommend a touch-up procedure about 4 weeks after your initial microblading session. This is the norm in order to help you achieve the best possible brow shape. Long-term results from microblading are in the range of years. In comparison to actual tattoos, microblading pigmentation does not go down as deep into the skin layer. Therefore, microblading results are considered longer-lasting, but not permanent.

Whereas microblading involves creation of tiny strokes along the eyebrow, microshading involves placement of small dots of pigmentation along the eyebrow. The result is a darker, fuller looking brow that has a powdered appearance that resembles a shadowing effect. In fact, most clients note their brows look overly dark and confluent right after microshading. But this begins to lighten up nicely by the end of the first week – leaving you with a more beautiful, arched brow.

But why choose microshading instead of microblading? Microshading is typically better for clients who have overly sensitive skin.

Similar to the long-lasting results with microblading, microshading can give you gorgeous brows that won’t need to be redone for upwards of several years.

Many clients are now choosing to combine microblading and microshading brow treatments to give the ultimate cosmetic result. In many instances, your brow shaping expert will using microblading technique along one segment of the brow and then mesh this with microshading along the rest of the brow. 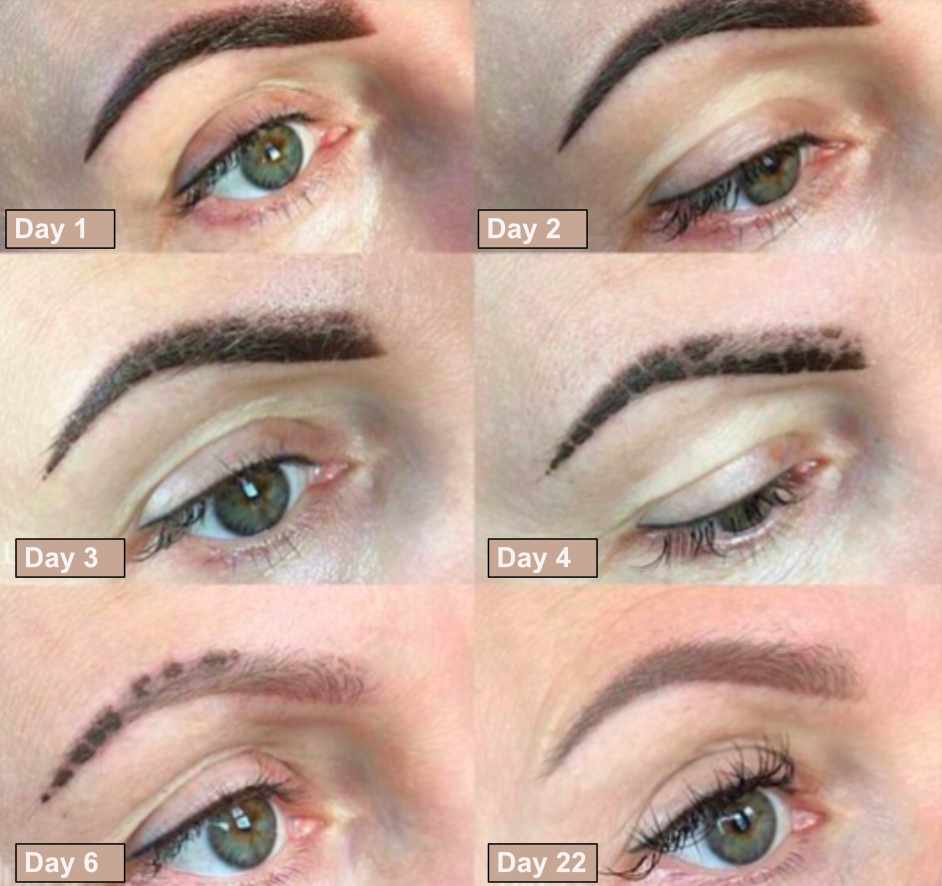 Are you curious to know what the progression looks like after having microblading performed?

Here is a real-life example of what the eyebrows look like the following day after microblading all the way through the third week.

As you can see, your brow will go through quite a bit of change that first week after getting a microblading treatment. This includes a somewhat mottled appearance as the initial darkening of the brow begins to fade. As the weeks unfold, though, you can start to see how beautiful the brow begins to appear with a less dramatic pigmentation and a much more natural overall look.

Here are a number of photo examples showing the beautiful brow shaping work of Nelly, including microblading, microshading and combinations of these techniques. 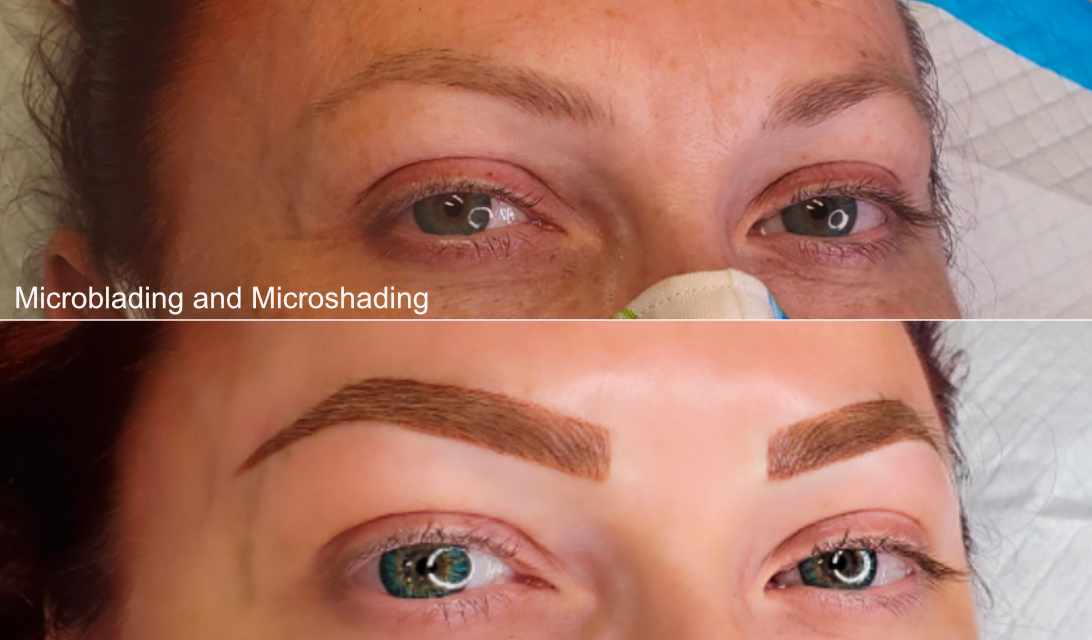 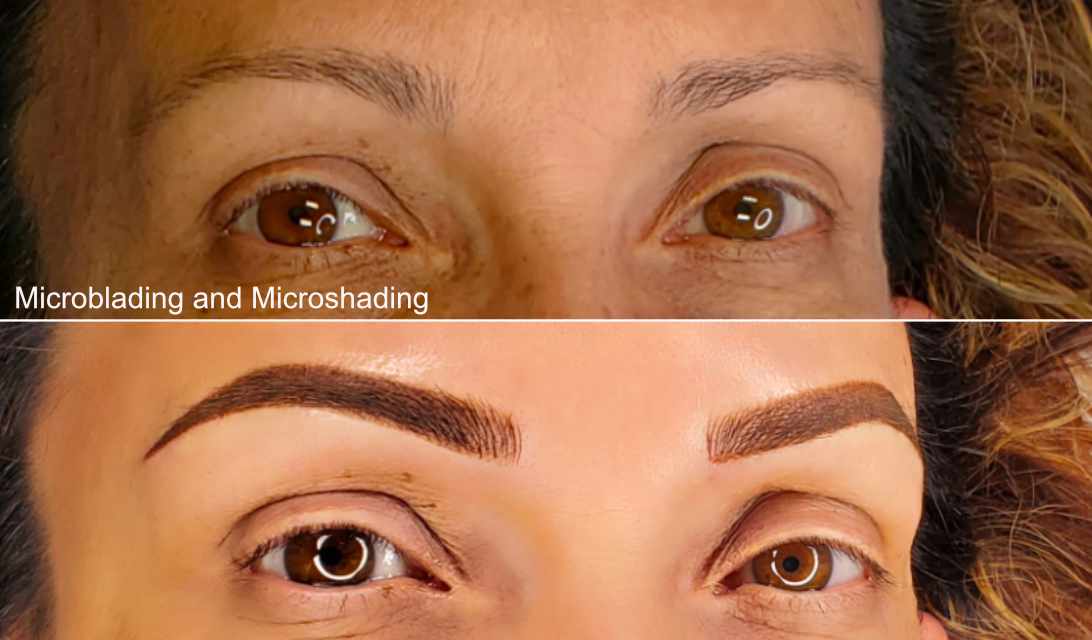 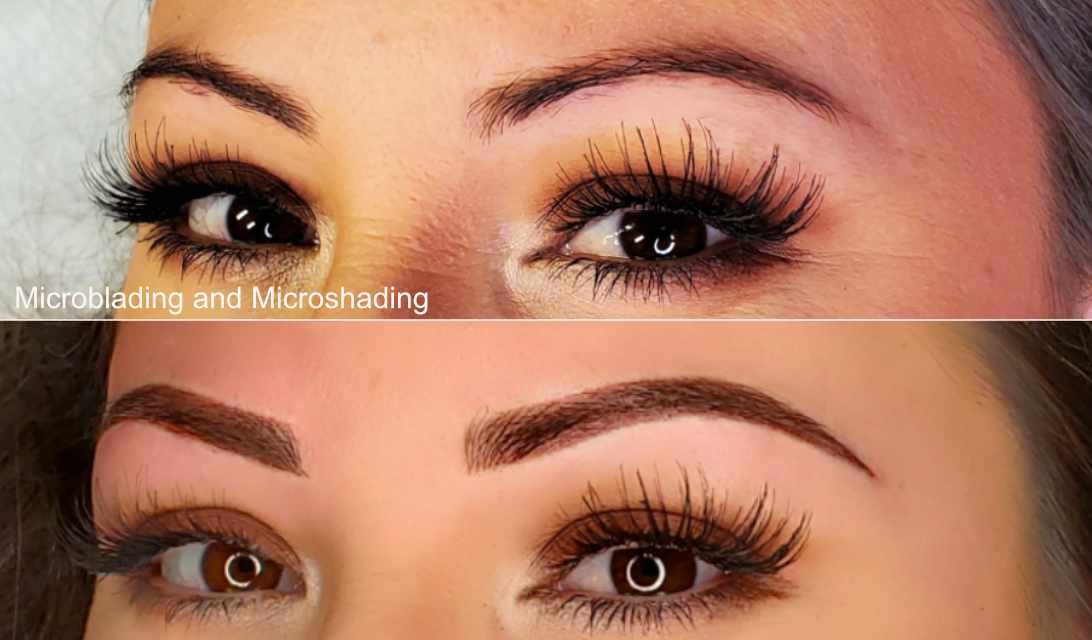 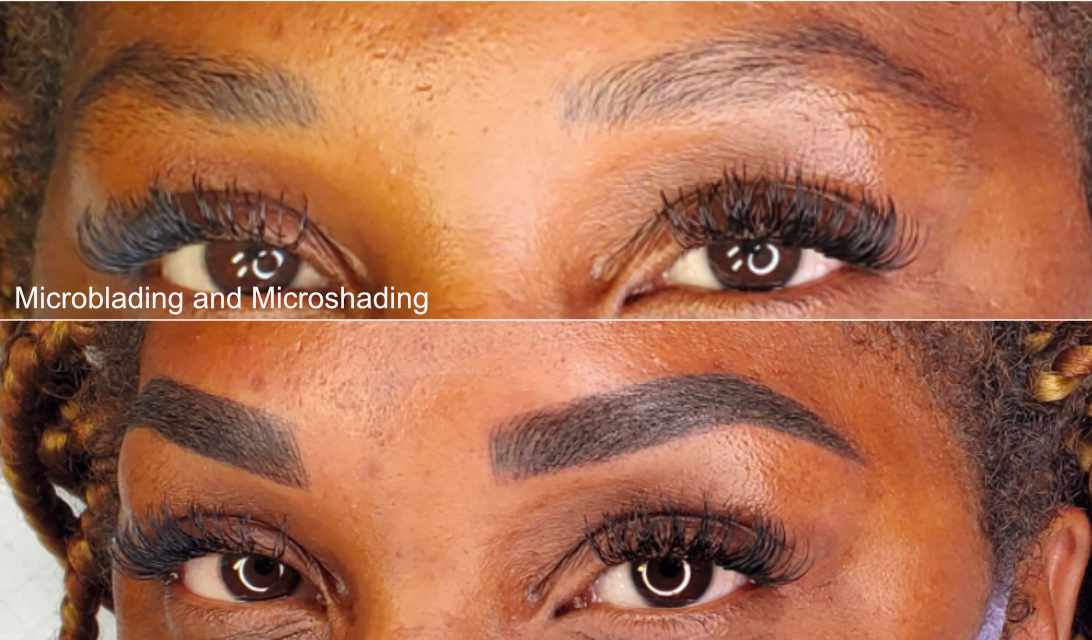 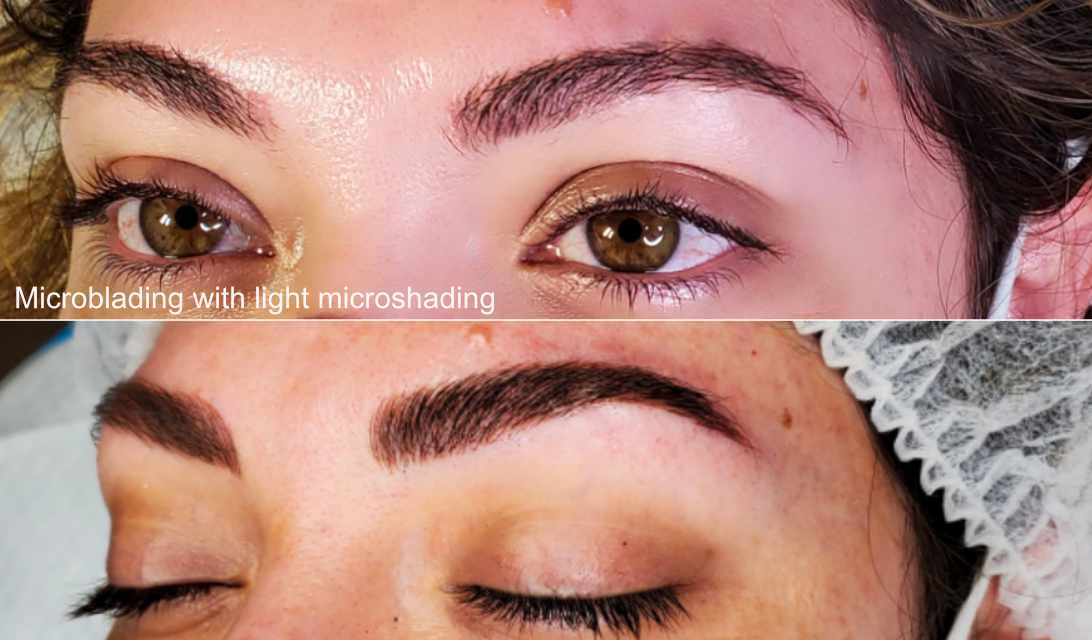 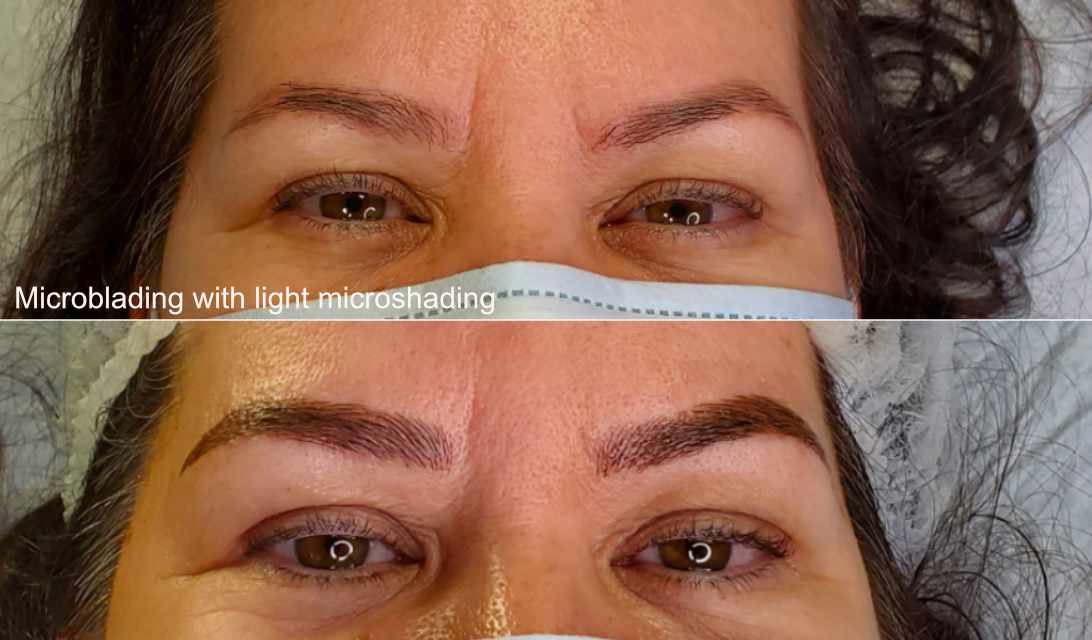 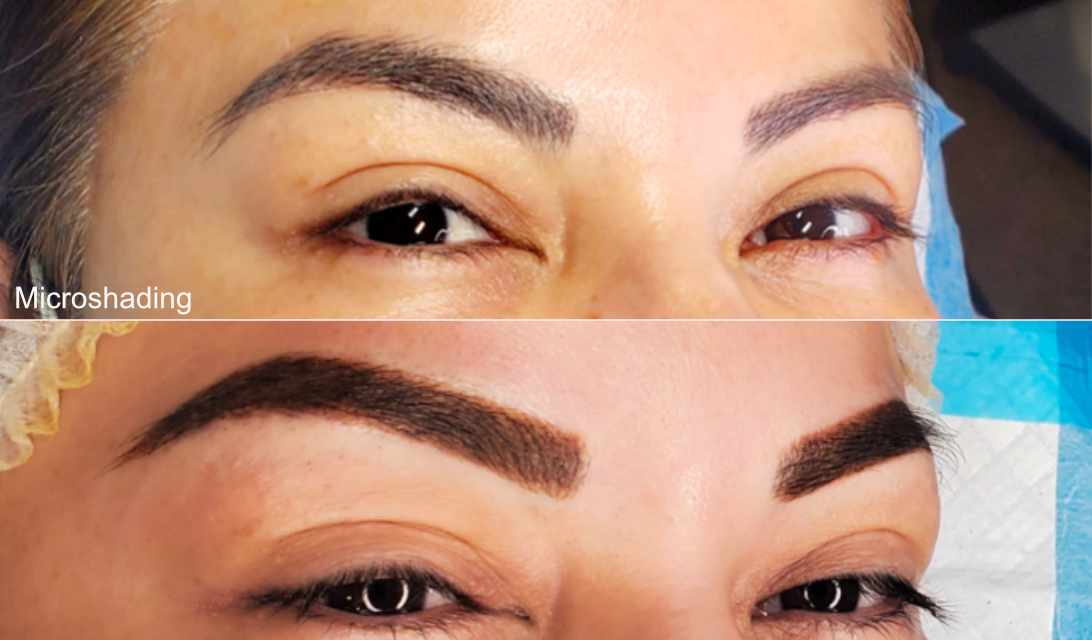 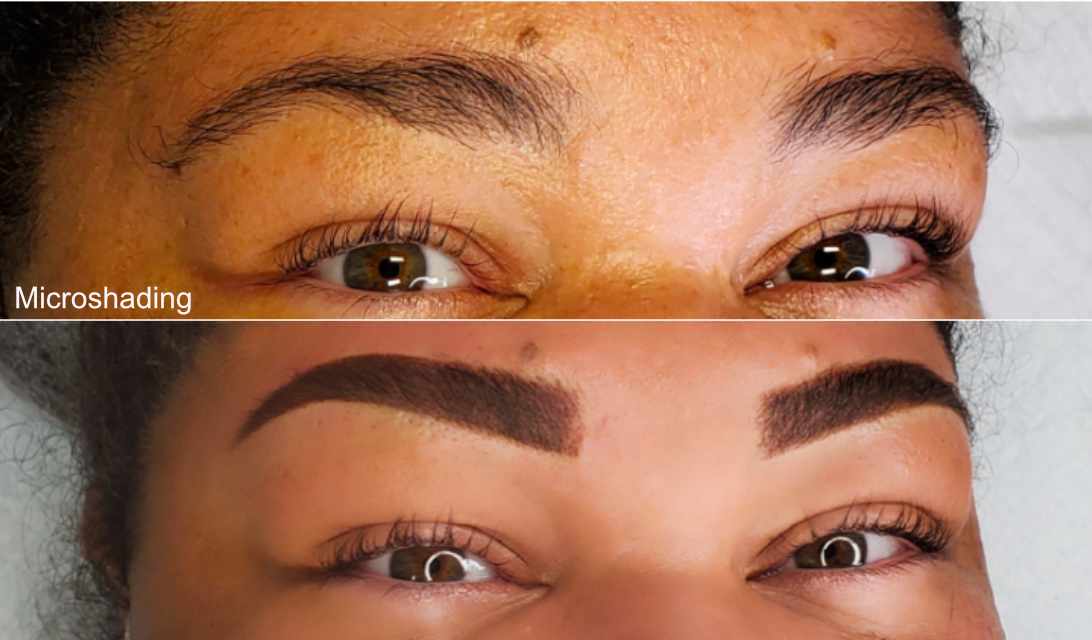 If you are considering microblading and/or microshading to reshape your brows, contact Nelly today at 619-900-5272 to schedule your personalized consultation with one San Diego’s best eyebrow artists. You can also visit Nelly on Instagram at @eyebrowperfection_by_nelly and on Facebook at www.Facebook.com/nellyeyebrowperfection. 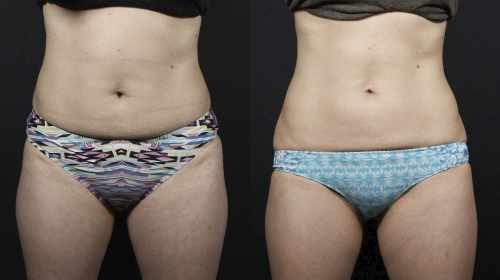 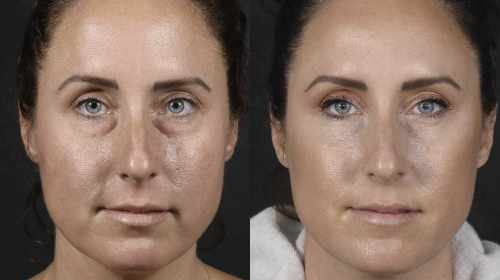