Until the introduction of Coolsculpting, one of the only ways to reduce fat or contour the body by getting rid of fat was surgical liposuction. Coolsculpting changed all that and is now considered the #1 medical spa treatment for non-surgical body reshaping. The medical term used to describe how Coolsculpting works is ‘cryolipolysis’ (pronounced cry-oh-lie-paul-o-sis). This term implies that the fat is essentially destroyed by freezing it within the body. Whenever the body’s fat is exposed to a temperature between -5 and 5 degrees celsius, the fat cannot survive. It undergoes a process called apoptosis, which is a term that means cellular death. What many people don’t know is that you are born with as many fat cells as you will ever have in your life. Once a fat cell is destroyed, it will never come back. So if you get Coolsculpting performed and the fat is frozen away in a certain area, that fat is not going to return. This is precisely why Coolsculpting has become so incredibly popular in San Diego – because it works to get rid of fat while providing you with a slimmer, more shapely appearance without having to undergo an invasive surgical liposuction procedure. What other medical spa procedure can reduce fat without surgical incisions, knives, needles or recovery?

Something that most people don’t know about CoolSculpting is its tie to kids’ popsicles. Back in the day, a number of Harvard researchers discovered that kids sucking on popsicles were prone to getting dimpled cheeks over time. The scientists described this as panniculitis, which is a medical abnormality where the cheek fat becomes inflamed due to exposure to extremely cold temperatures. In this instance, the cold exposure was from sucking on popsicles. As the temperature of the cheek fat dropped to close to zero, the fat died of leaving a dimple in the face.

As this phenomenon was observed more and more, the notion of using cryolipolysis for cosmetic body reshaping suddenly came to life – and Coolsculpting was born. Since that time, Coolsculpting has become the first and only FDA-approved technology for freezing fat to enhance the shape of the body. With the FDA label, Coolsculpting was given the seal of approval as a safe, predictable, and effective way to freeze stubborn fat away forever – benefitting millions of people all over the world interested in a minimally invasive way to get rid of fat.

So who are the best candidates for Coolsculpting who will benefit the most from non-surgical fat freezing technology? In general, these are adult men and women who have excess fat and are seeking a non-surgical procedure to lose between 10-15 pounds of fat. So if you are looking to lose a significant amount of weight and/or you are obese, Coolsculpting is not a great option. Another criteria to consider for Coolsculpting is the presence or absence of what we call ‘pinchable’ fat in the area of planned treatment. Meaning, if you can pinch the fatty area of concern, Coolsculpting will likely work to slim down the area. Another important consideration for Coolsculpting is the fact that patients who are already committed to a balanced diet and regular exercise tend to have the best fat freezing results. In other words, Coolsculpting will be most optimal when it is combined with a healthy diet and fitness regimen.

Some of the most common areas for Coolsculpting treatment include the following: 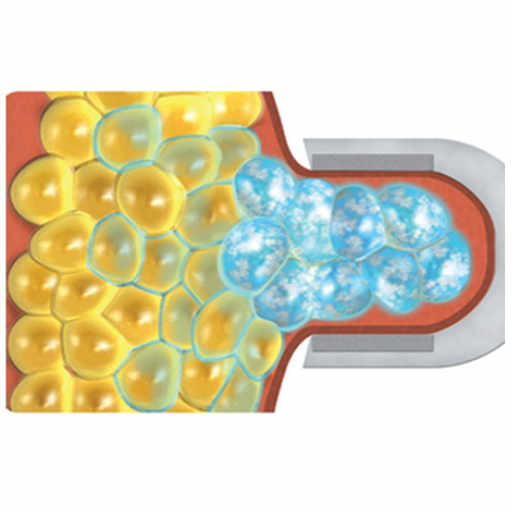 Coolsculpting is performed in our beautiful San Diego medical spa. All treatments are done while relaxing in a comfortable chair designed for Coolsculpting patients. Our experienced, knowledgeable medical spa staff will choose the appropriate Coolsculpting adapter for your desired area of reshaping. The applicator will be gently placed as the vacuum pressure is started, which pinches the skin as it draws the fatty tissue layer in between the adapter panels. As the machine is activated, the panels begin to freeze the fat in a progressive manner. At this point, some patients will note a bit of pressure in the treatment area, but as the temperature drops, the sensation quickly dissipates. Other than this short phase at the beginning of the Coolsculpting treatment session, it is considered relatively pain free. As the temperature continues to drop, the fat cells are destroyed.

Coolsculpting takes about 30-40 minutes for a treatment area. So many patients are able to squeeze in their fat freezing session over lunch or on their way home from work. As the fat is being frozen away, most patients will enjoy the time by watching TV in our well appointed treatment room or surf the internet on their mobile device. Yes, it is that easy to get rid of unwanted fat! Can you opt to kill two birds with one stone and get your Botox injection done at the same time? Absolutely! In fact, we have a lot of medical spa patients who choose to combine Coolsculpting with their regularly scheduled Botox treatment.

We will recommend that you vigorously massage the Coolscupting treatment areas for several days following the procedure. It has been shown that such massage, especially with vibration, will optimize esthetic results by accelerating the clearance of the fat.

There is often times a feeling of numbness that can last several days to weeks. Over the ensuing 2-4 weeks, the fat cells that were frozen will be absorbed away into your blood stream and subsequently removed from your body. During this time, your new shape and contour will become increasingly more visible. 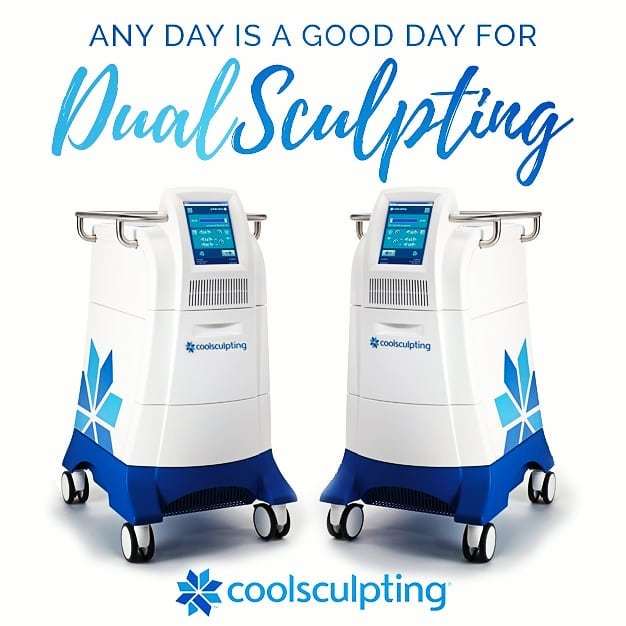 As one of the leading medical spas in San Diego offering Coolsculpting, we offer our patients the option of having dual sculpting. This term refers to the use of two Coolsculpting machines at one time.

Coolsculpting is the world’s best non-surgical treatment for excess, unwanted fat. In fact, over the last several years, Coolsculpting has risen to be the #1 option for San Diego patients seeking an office-based neck or body contouring procedure to get rid of fat.

Whereas many Coolsculpting medical spas have only one machine, we have two. The advantage of having dual sculpting is the fact that treatments can be completed in half the time when both sides are being done. In patients who are undergoing Coolsculpting of several different areas in one day, such as the abdomen, flank and back, the amount of time in the office can add up. But with dual sculpting, the treatment session is twice as fast as other medical spas. 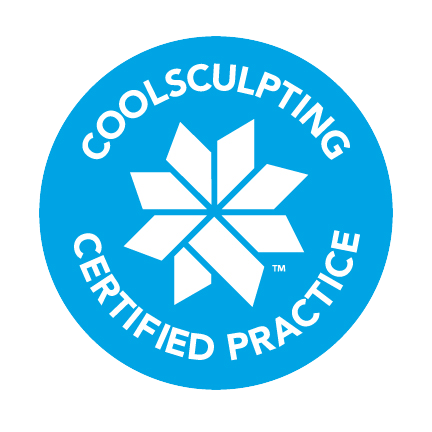 Our expert medical staff are proud to say that we have been labeled a Coolsculpting Certified practice as deemed by Zeltiq, the makers of Coolsculpting. What this means is that you are getting the type of attention to detail every patient deserves when considering non-surgical fat freezing. In order to become certified, our staff members had to undergo extensive, advanced education and training by Zeltiq to earn this prestigious designation. Keep in mind that not all medical spas here in San Diego are Coolsculpting certified. Rest easy that when you visit our office, we are providing you the highest level of care with Coolsculpting.

In many patients, Coolsculpting can provide a 20-25% improvement in fat reduction following a single treatment session. Can you opt to have more sessions of Coolsculpting to get even better results? Absolutely! Check out the Coolsculpting results show below to see how effective fat freezing can be with no needles, no incisions and no downtime. 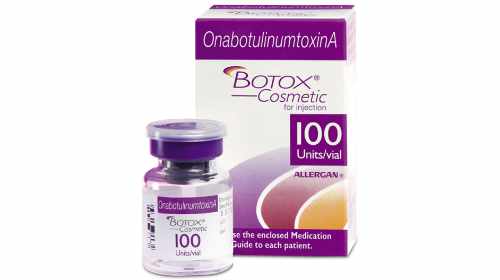 If you live in Hillcrest, Bankers Hill or the downtown San Diego area and are seeking a new Botox provider,... 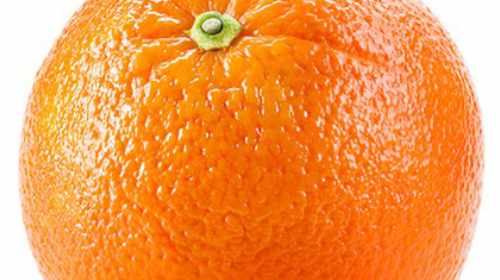 Did you know that Botox is often times used to treat unwanted chin wrinkle formation? In the medical spa industry,...